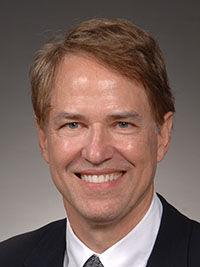 Dr. Gayle started his career with 11 years in industry, developing aerospace alloys and manufacturing processes, and his patented alloys are flying in current military and civilian aircraft. He also worked in the NIST Metallurgy Division in positions from research metallurgist to Division Chief. His personal research covered a wide range of materials, including quasicrystals, lead-free solder, and aerospace materials, including development of alloys for NASA’s Space Shuttle. As Division Chief, he was responsible for broad support of industry needs for measurements, standards, and data in the application of metals. As Chief, Frank developed major programs in energy, microelectronics, and mechanical properties.

From 2002 through 2007, Frank headed the team of experts investigating the structural steel involved in the collapse of the World Trade Center towers on September 11, 2001. The NIST investigation led to major changes in building codes across the globe, dramatically enhancing building safety.

Frank earned an Sc.D. in Materials Science from the Massachusetts Institute of Technology, and degrees in Civil Engineering and Mechanical Engineering from Duke University. He was awarded the NIST Diversity award for his work in staff development and outreach to Minority Serving Institutions, and twice won the Department of Commerce Gold Medal, the Department’s highest award. He is a fellow of ASM International and the Society of Manufacturing Engineers, and a Member of the World Economic Forum - Global Future Council on Production.