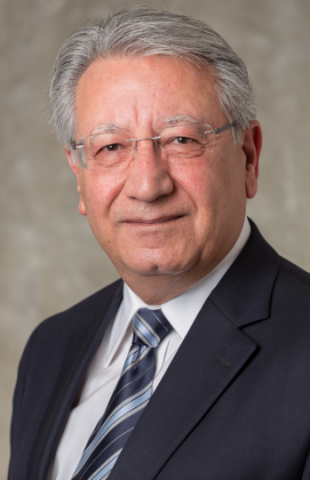 Said Jahanmir is the Assistant Director for Federal Partnerships at the NIST Advanced Manufacturing National Program Office (AMNPO). Said received a Ph.D. in Mechanical Engineering from the Massachusetts Institute of Technology (MIT), where his work on tribology (friction, lubrication, and wear) led to a new theory for wear of materials based on the fundamental mechanics and physics of contacts.

Prior to returning to NIST in December 2017, Said provided advice to Congressman Tim Ryan (OH), as ASME Senior Legislative Fellow, on issues related to manufacturing, science and technology, clean energy, and workforce development. He assisted the co-chairs of the bi-partisan House Manufacturing Caucus with 110 Members, and worked on legislation and other policy issues. He has served in various leadership positions in academia, industry and government, including the University of California at Berkeley, Cornell University, Exxon Research and Engineering Company, MiTiHeart Corporation, and National Science Foundation. During his prior tenure at NIST from 1987 to 2002 he coordinated several international pre-standards research collaborations that lead to several of key publications and ASTM and ISO standards. His research on machining of ceramics and dental materials, wear and lubrication of ceramics, development and testing of an implantable blood pump and a novel ultra-high-speed micromachining spindle have been recognized through numerous awards including election to the highest membership category in the American Society of Mechanical Engineers (ASME) and the Society of Tribologists and Lubrication Engineers (STLE).

Said has research experience in manufacturing, materials science, tribology, medical devices and dental materials. As Assistant Director for Federal Partnerships, Said serves as the Executive Secretary of the Subcommittee on Advanced Manufacturing, under the direction of the White House National Science and Technology Council. He also provides technical, scientific, and policy guidance for Manufacturing USA.