WASHINGTON – To find out how the Pentagon is driving new manufacturing techniques, you need to look to a network of public-private partnerships located around the country.

Manufacturing USA is a series of centers of excellence spread around the country, with each center focused on a different technological area of study. 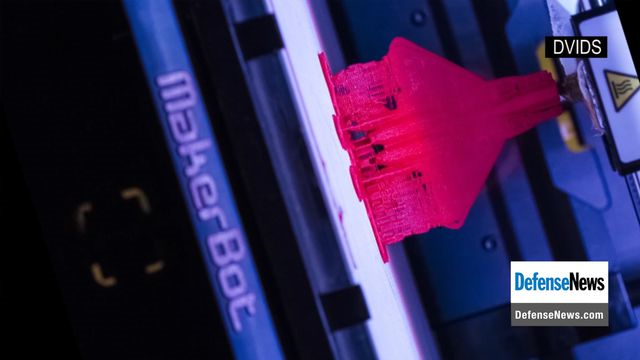 The Pentagon has a role in eight different institutes that focus on technologies such as lightweight metals, flexible electronics, advanced composites and additive manufacturing, commonly known as 3D printing. Companies join the institutes, benefit from sharing knowledge, and can become part of the supply chain, both directly to the Pentagon and as suppliers for larger defense companies.

The Pentagon has a role in eight different institutes. The groups focus on technology such as lightweight metals, biofabrication, digital manufacturing, flexible technology, advanced composites and additive manufacturing, commonly known as 3D printing.

“The department focused its investments in areas “where there was a commercial sector, an industry need, for the technology as well as where defense really thought we could use that technology going forward,” Frost added. “If there wasn’t a strong commercial pull, it was off the table.”

The government chips in money, which private industry matches on at least a 1:1 basis, with both sides reaping the benefits from any new technological developments. As Frost puts it, “Industry had to come to the table and match the funding. That’s a lot of skin in the game from day one.”