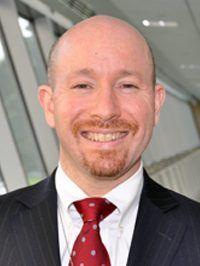 Robert Rudnitsky is a Physicist and is the Associate Director at the National Institute of Standards and Technology (NIST) Advanced Manufacturing National Program Office (AMNPO), where he also serves as Acting Division Chief of Policy and Strategy. Robert received a Ph.D. in Applied Physics from Stanford University, where he was a Hertz Fellow, and a B.A. from Yale University. At Stanford, his research was at the intersection of microelectromechanical systems (MEMS), nanotechnology, and biotechnology. He designed and fabricated advanced MEMS sensors to measure the binding forces between pairs of protein molecules, and developed thermodynamic models of the molecular interactions.

Prior to coming to NIST as Scientific Advisor to the Director the Center for Nanoscale Science and Technology, Robert worked as a Physicist in the U.S. State Department in the Office of Space and Advanced Technology, where he chaired the U.S. National Nanotechnology Initiative (NNI) Global Issues in Nanotechnology Working Group, which coordinated United States Government international activities related to nanotechnology. He has served as Chair of the NATO Science for Peace and Security (SPS) Advisory Committee, which evaluated and recommended the allocation of foreign assistance resources for programs in NATO partner countries and Afghanistan. He was also elected the founding chair of the international Organisation for Economic Cooperation and Development (OECD) Working Party on Nanotechnology. His private sector experience includes working in New York as an investment banker specializing in acquisitions of privately held companies, including manufacturing companies, and as president of a small company.