PowerAmerica and the Future Generation

When I was about 10 years old, my father gave me an old shortwave radio and showed me how to tune it to receive stations from Europe and Asia.

This experience had a profound effect on me. I was in awe at how a voice could travel through thin air across the globe and be picked up by an innocuous small gray box with an antenna. I became obsessed with wanting to know everything about how this radio functioned. When I was lucky enough to be in front of a computer with a dial-up internet connection (it was the mid to late 1990s), I would use the early search engines Yahoo and AltaVista to learn about radios and electronics. My curiosity eventually led me to open up several radios, cassette players, and remote controllers in our home and try to understand how they operated. My teenage years brought about a fascination with building transistor radios and repairing other people’s computers. Years later, my path has led me to graduate school where I am currently pursuing my doctorate in electrical engineering.

I hope to use my skills in pursuing research that aids in the development of electrical systems that are energy efficient, sustainable, and reduce human reliance on fossil fuels.

This is the duty of today’s scientists and engineers and I aspire to help contribute in addressing these issues. My current research involves the development of wireless chargers for electric vehicles. This area of research aims to minimize the current long charging times and improve their limited range. The goal is to improve the overall practicality of the electric vehicle to allow for its mass adoption.

In 2014, The Department of Energy took the bold step of setting up the PowerAmerica manufacturing institute, which is one of 14 Manufacturing USA® institutes across the nation. PowerAmerica’s main goal is to accelerate the proliferation of wide bandgap (WBG) semiconductor technology within power electronics systems. This institute has provided funding for my research into wireless power transfer, where I use WBG devices within the system topology. The institute has also allowed me the opportunity of sharing my passion for teaching through the creation of a summer workshop course on WBG for undergraduate summer research students.

In comparison to other fields of engineering, such as civil or mechanical, electrical engineering has only reached prominence within the last century. However, its importance has grown exponentially as civilization becomes more reliant on electricity to improve our quality of life. With the ever expanding demand for consumer electronics, energy conversion and computing, electrical engineers work on solving problems that range from designing the next generation power grid to miniaturizing smartphones and computing devices. The field of electrical engineering has the unique attribute of being fairly broad in scope. Semiconductor devices, such as transistors and diodes, are developed by electrical engineers with a deep understanding of material science. Similarly, embedded systems, such as the computers found in automobiles, are developed by electrical engineers with an extensive background in computer programming. With the development of new technologies, the field will only increase in scope in the coming years. 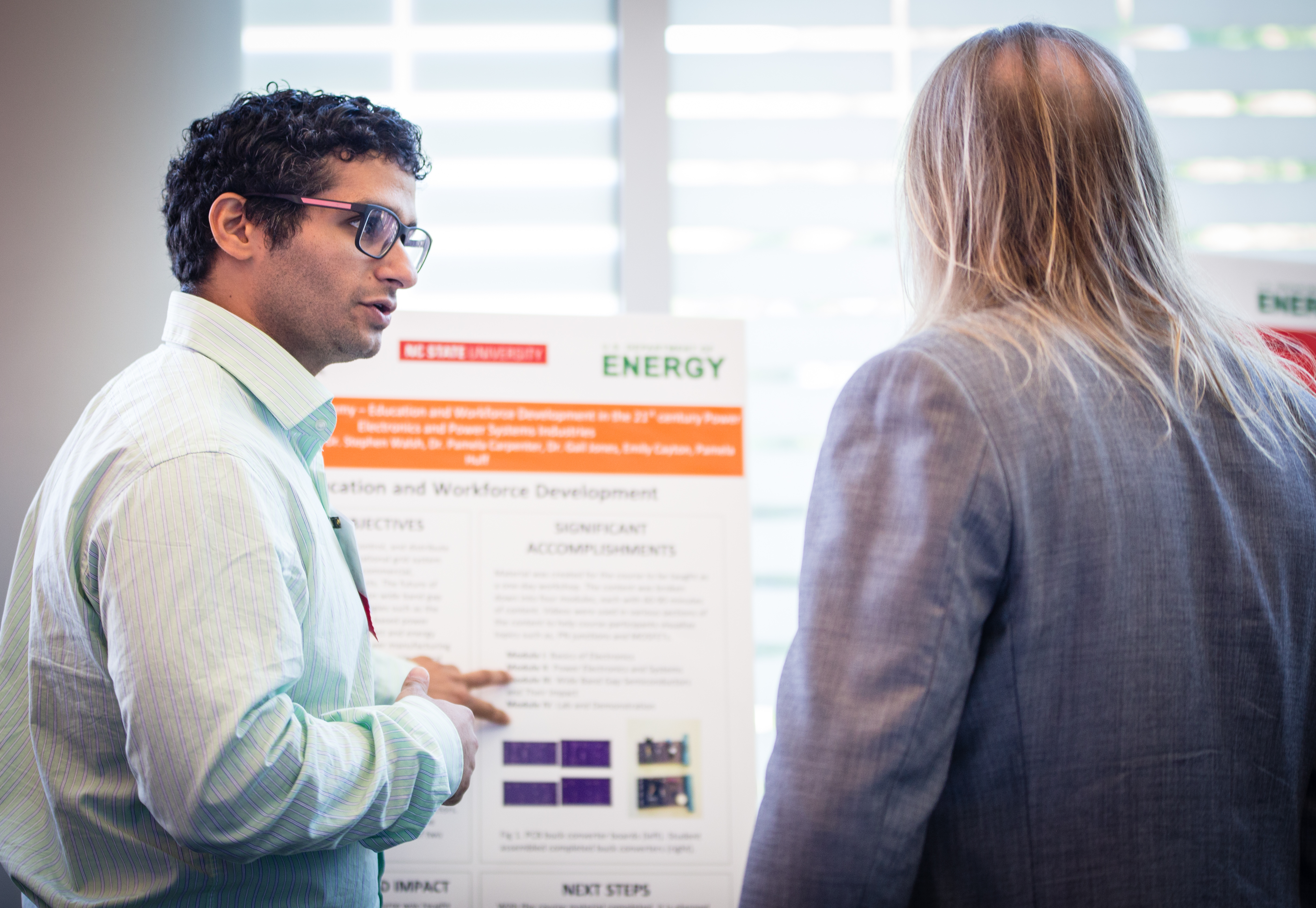 Ph.D candidate Alireza Dayerizadeh discusses his research with Dr. Allen Hefner, an electrical engineer at the National Institute of Standards and Technology.

Advice for Other Students

Personally, I was never brilliant at math.Throughout my academic career, I have always struggled to intuitively grasp some mathematical concepts. However, I have learned to remedy this by keeping the challenges in perspective and understanding that I have overcome many challenges and problems which seemed intractable at the time, but then became something that I intuitively learned to understand.

For students who aspire to become scientists and engineers, I would say to not be afraid of the extensive mathematical requirements of the field.

Approach the seemingly difficult courses with confidence and the same curiosity that first drove you to choose science and engineering as a career.

If you are struggling, utilize all the resources available to you, such as tutors and online videos, to help you. Always remember that almost all of the concepts and theories in this field take time to fully understand. It is often said that the more you learn, the more you realize how little you actually know. Therefore, be patient, persistent and most of all, tenacious in your pursuit of knowledge and understanding.